Just me flying solo in my head 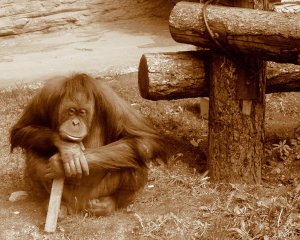 I am introspective, undoubtedly to a fault.  It’s hard not to be where there are so very many interesting things to think about.  For example (some of my favorites):

I think a lot about my mother, who passed away eight years ago and is a stronger and stronger presence in my life with each passing day, insinuating herself into my very fabric.  I think about my father, who sits peaceably in Death’s vestibule, quietly contemplating eternity.   He will go gentle into that good night, I think, and, at his great age, that seems right and proper.  Sometimes I interview myself as though I were famous.   And, of course, I never say no to a really good revenge fantasy.  Why would you when revenge is so sweet and we none of us ever get quite enough?

All of this going on between my own two ears,   served up to me by my own little brain!  The truth is I find myself endlessly entertaining.   No wonder I tend to resent it when unsuspecting manicurists, massage therapists, cab drivers and chatty people who sit down next to me on a bus, train or plane decide they would be doing me a favor by engaging me in conversation.

I frequent Vietnamese nail salons because they are cheap, fast and just fine.    What I don’t want, uncharitable recluse that I am, is to help the manicurist practice her English. I know this is harsh, but I don’t want to tell her how many children I have and how old they are and where they live, even if she has kicked off the session by telling me that I have “beautiful skin.” I don’t; they just say that to lure you in.

I also don’t want to talk to my masseuse. I don’t want to talk about the London Knights or the weather or her recent trip to Cancun or her cat. Also, let’s face it, she’s rubbing me more or less all over and, underneath that blanket, I’m a naked sixty-one year old woman.  It’s kind of the elephant in the room.  Can’t we both pretend we’re not there?

And what about cab drivers?  It might be boring, driving a cab year in year out.  Is that my fault?  Why am I supposed to entertain them?  Recently I took a cab from a Vancouver hotel to the airport. It was six in the morning — pitch black. I faced a long day of travel ahead, and had just the night before had dinner with a friend whom I had not seen for thirty six years, which thoroughly discombobulated me.  Nothing like rounding a corner and confronting yourself at the age of 23 when you are, in fact, somehow suddenly four decades older. Where had all those years gone?  How much we had changed and how much we hadn’t!   What different paths our lives had taken!   Lots to chew over, you’ll agree, but my cab driver, having pried out of me the fact that I work for Organized Real Estate, wanted to discuss rising house prices.   To make matters worse, the roads were in poor repair, making the trip a particularly noisy one as we bounced and clattered from pothole to pothole and I struggled to respond appropriately when I really had no clue . . . and zero interest in what he had just said.  When I could have been processing!

Once I took a lengthy bus trip beside a man who was visiting all the battlefields of the Civil War.  Open on his lap was a coffee-table book on the same subject.  I soon discerned that the only way he would stop telling me about Gettysburg and Antietam was if I pretended to be asleep.  So I did. For eight hours.

A far more successful trip was the one I took as a graduate student across Canada on the train.   Despite weighing a waifish 110 pounds and looking a whole lot like the girl next door who used to babysit your kids,   I managed to radiate such a powerful animus that, in three whole days and nights, nobody, absolutely nobody tried to sit down beside me.      I knit an entire sweater on that trip and read the whole of Gabriel García Márquez’s One Hundred Years of Solitude, start to finish. And when I wasn’t knitting or reading, I leaned my cheek against the vibrating window of the train, closed my eyes, drooled a little and thought.  Bliss.  Pure bliss. Just me flying solo in my head.