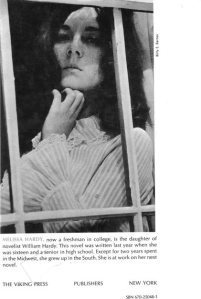 Me, taken during my fifteen minutes of fame.

Some people long to meet famous people. They eagerly enter draws for a chance to meet Elton John in person backstage or donate by midnight in the hopes of having their picture taken with Barack Obama. Not me.  I might be a big fan, but it doesn’t mean I want to meet my idols.  And they sure as Hell don’t want to meet me.

A number of years ago my husband and I were walking in Venice when we spotted Woody Allen and a young Asian woman coming towards us.   “That’s Woody Allen!” I hissed to my husband.

“Should we say hello?”

“Good Lord, no! Woody Allen doesn’t want to meet us! Quick! Look the other way!”

I will occasionally gush all over a famous person, if that doesn’t seem too intrusive. I once spotted David Suzuki having breakfast by himself at the International Hotel in Toronto. (For non-Canucks, David Suzuki is Canada’s Patron Saint of the Environment.)   “There’s David Suzuki!” I informed my husband.

My husband turned around to look. “Should we say hello?”

As we were exited the restaurant, I paused by the great man’s table, “Dr. Suzuki,” I said reverentially, “we just wanted to tell you how much we admire your work and how grateful we are for all that you are doing on behalf of the environment.”

My husband leaned over my shoulder and smiled broadly. “Hi, Dave!” he said.

I once met the writer Margaret Atwood at an Awards presentation. I was receiving the Journey Prize for the best piece of short fiction published in a given year and she was receiving something much grander and far more important. I am not a huge Margaret Atwood fan; there’s something rather astringent about her. However, I have read most of her work and, with a few exceptions, admire it. We were introduced backstage. She was gracious from a very great distance. I felt microscopic.

My first novel, written when I was 16.

And that’s it, really. Famous people make me feel small. To meet them is to be diminished. That I feel this way is doubtless due to the small measure of fame I achieved when I was seventeen and published my first novel, A Cry of Bees, with Viking Press. I thought that fame would endure, that I would be a celebrated writer for the rest of my days. As it turns out, I was wrong. As it would seem, I’ve never quite gotten over it.

Claim to Fame appeared in A Room of One’s Own in 1998. It is about a woman who attempts to sleep her way into posterity and is dedicated to my dear friend Linda Nicholas, who knows why. To read it, click on the link.