High time to retire the Stars and Bars 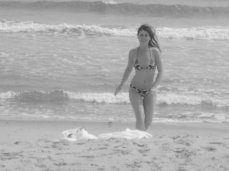 Alice in her racist bikini.

Nine years ago, my daughter Alice neglected to bring a bathing suit on a beach vacation and was accordingly dispatched to the local Oak Island, North Carolina sand and surf shop to purchase same. She arrived back at the house with a confederate flag bikini which she proceeded to rock, in her inimitable fashion, the entire week. Later, when we were back in Canada and after she had shown photographs of her on vacation to her friends, she called me with a bone to pick. “Mom! Why didn’t you tell me I was wearing a racist bikini?” To which I replied, “I didn’t know it was racist. I thought it was just . . . I don’t know . . . Southern.”

And I did think that. I did. In my mental universe, it was possible to be both an American and a Southerner. I thought that the confederate flag bespoke another layer of identify, not an alternate one, that the two were not mutually exclusive. I thought that until June 17, 2015 when yet another twisted excuse of a loser gunman mowed down nine innocent people in a black church in Charleston, South Carolina and my mental universe shattered into pieces.

I grew up with the confederate flag. I was comfortable with it. To me it connoted mornings when nothing could be finer than to be in Carolina. It meant an actual Spring as opposed to the Canadian version of that season – i.e., that time when the snow retreats ever so slowly to reveal a winter’s accumulation of discarded cigarette butts and oddly mummified dog poop. It meant dogwoods and azaleas and blossoms blowing through the air and sun tanning in March. I’m talking principally, I realize now, about weather, specifically good weather. To me the confederate flag meant good weather, and good weather meant home.  As an ex pat who has spent the vast majority of her adult life in the True North Strong and Free, I retain considerable nostalgia for the mild climate of my native North Carolina. 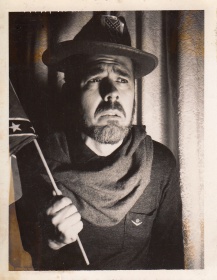 My father, Bill Hardy, mugs for the camera in Confederate regalia in the mid-sixties.

I was raised by liberal, educated parents in Chapel Hill,  a progressive college town in a deeply conservative state. I handed out fliers for LBJ in the predominantly black town of Carrboro and volunteered as a teacher’s assistant at a Head Start program held in the basement of a black church. I was that kid.

But the truth is, I was another kid as well – some screwball version of a Southern belle. I had no clue about the magnitude and pervasiveness of Jim Crow law. I had no clue about the history of slavery or, for that matter, of the United States. I bought hook, line and sinker the whole Romance of the South thing as perpetrated by Gone With the Wind. In fact, my knowledge of the Civil War and Reconstruction derived almost entirely from that novel, which I read not once, not twice, but five times. My favorite color is green not because I’m an environmentalist but because that was Scarlett O’Hara’s favorite color. In other words, I, like so many of my fellow Southerners, was capable of holding in my brain two dichotomies: I was a staunch supporter of civil rights and I was a true daughter of the South. 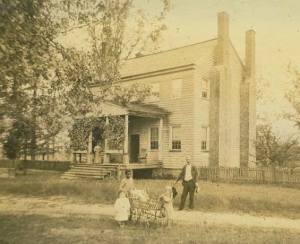 The truth is that the Romance of the South was, at best, a tawdry one. There was nothing gentile about the institution of slavery. No beneficence was involved, nothing noble, or gracious, or fine. Slavers and the people who kept them in business – my ancestors among them – weren’t a whole heck of a lot different from Boko Haran, save for the fact that Boko Haran perpetrates its crimes in the name of religion and slavery was predicated on filthy lucre.

As the fallout from the Charleston massacre has demonstrated, the confederate flag is not all in good fun. Not by a long shot. As for that jumped up little cracker who took all those good peoples’ lives, I’m glad their loved ones can forgive him, because I sure as Hell can’t.  I’m having a hard enough time forgiving myself.

2 thoughts on “High time to retire the Stars and Bars”