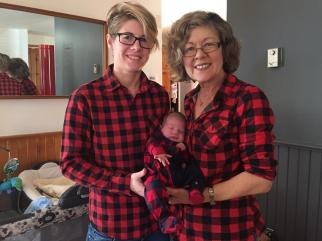 Sabrina, Victoria and me

I stepped away from center stage some time ago, ceding the spotlight to my children and, with it, the drama attendant in staring in one’s own story. Every once in a while, one of their dramas sloshes over into my life or I am invited or even summoned to pull on maternal hip waders and plunge into the guck welling up from the drains . . . This provided that I remember that my role is a supporting one and that any advice I might proffer will probably be ignored. Just as I, during my turn in the spotlight, ignored much of my mother’s advice. To my considerable detriment.

As regards the Afterlife, I put no stock in the Resurrection. There are just too many logistical problems. Which body gets resurrected: the sixteen year old body or the eighty-six year old body? Is there a choice? Because, if there isn’t, I’m inclined to give the whole operation a pass. And the only Heaven of which I can conceive is reintegration into the cosmos as energy, an obliteration of personhood that is surely the opposite of why people conjured up a Heaven in the first place – so that they could imagine a way in which they might continue to exist as individuals. That becomes less and less important to me as time goes on and I realize that, though unique, I am no big whop, and, in truth, the only creatures with whom  I, at present, might long to be reunited are my mother and various, deceased pets, all of whom, in fact, do live on in a way I will explain. 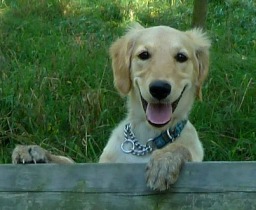 After our beloved golden retriever Buddy died, plunging us into the most terrible grief, I encountered a woman who had owned a string of goldens. She advised me to get another pronto. “They are so alike genetically that, in no time at all, it will seem as though you never lost him,” she told me. She was right. Five years ago we bought our Nellie and now I remember Buddy with great tenderness, love and gratitude, but never grief, never pain. Nellie has effectively taken his place. She has become,  unequivocally,  The Golden Retriever.

As for my mother, she lives on in me, in my daughter Sabrina and now in my granddaughter Victoria, whose birth  has caused me to reflect on these things . . . that and the fact that  I have taken on my mother’s last great role – that of grandmother — and, as such, one whose death would not be entirely unexpected.    I may not  long for eternal life in any personal sense, embodied or no, but, when I first looked into Victoria’s navy blue eyes, I realized that it was my mother’s eyes looking back, that Mom was in there all right, tangled up in the DNA that expresses itself in her first great grandchild. Just as I am.  Just as my daughter Sabrina is.

And that’s fine with me.