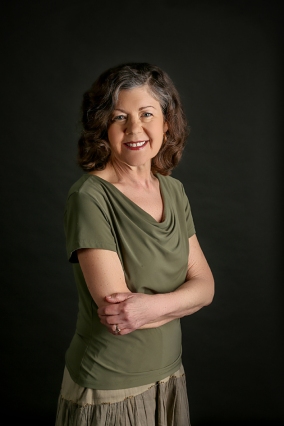 In the beginning…
I was born and raised in Chapel Hill, North Carolina. Beginning in 1966 and for the next thirty years my father, novelist William Hardy, worked for the Cherokee Historical Association, first as Director of the symphonic drama Unto These Hills, which chronicles the events leading up to the Trail of Tears, the removal of the Cherokee to Oklahoma, then as its Producer. As a result I spent seven summers on the Qualla boundary, the reservation of the Eastern Band of the Cherokee Nation. My 1995 short story collection, Constant Fire (Oberon) was set there and draws heavily on the history and mythology of that area, as was a later novel, Broken Road (Exile Editions, 2009.)

Viking Press published my first novel, A Cry of Bees, in 1970 when I was a mere 17 years old.  Don’t ask me how that happened. Cry of Bees is the story of a little girl growing up in a Southern Indiana boarding house full of decrepit old ladies. It’s definitely what I’d call black humor. Out of print for many years, it can be found in most libraries and occasionally online at such sites as www.abebooks.com.

In the twenty-five year publishing hiatus which followed, I:

In 1994 I won the Journey Prize for the most accomplished work to appear in a Canadian literary journal for Long Man the River, an excerpt from Constant Fire, originally published in Exile, then republished in both The Journey Prize Anthology (McClelland & Stewart) and Best Canadian Short Stories (Oberon, 1994). That was a blast. I was also nominated for the finalist for the Western Magazine Awards Program for fiction for The Ice Woman and my work has been anthologized in Best American Short Stories of 1999, Best American Short Stories of 2001, Houghton-Mifflin and The Year’s Best Fantasy and Horror, St. Martin’s Press.

The Uncharted Heart is set in the Porcupine region of Northern Ontario around the time of the Gold Rush and was published in 2001 by Knopf Canada. It received the Canadian Authors Association Jubilee Award.   The Geomancer’s Compass, published in 2012 by Tundra, is a young adult novel in which ancient Chinese cosmology and Augmented Reality work in conjunction to lay a generations-long curse and Surface Rights, published in 2013 by Dundurn Press, is a contemporary novel about family and belonging.  My upcoming novel, The Oracle of Cumae, is set in the Italian Marches in the eighteenth century.  The publisher is Second Story Press.

I have been a Canadian citizen for the past 29 years, although I retain my American citizenship and am active politically, and make my home in Port Stanley, Ontario in a house overlooking Lake Erie with husband Ken Trevenna and golden retriever Nellie.