When I was a kid, Halloween ranked right up there with Christmas as the best holiday ever. You got to dress up in costumes and, along with others of your tribe, wander around in the dark with paper bags or – for the more ambitious – pillowcases, soliciting candy from oddly complacent grown ups. Second to the candy, it was the being out at night, with no pesky adults riding herd over you, that was the most compelling thing about Halloween. It felt dangerous — like freedom. All too soon, I knew, my mother would confiscate my loot and, from then on, it would be her doling out the candy, lest I spontaneously combust, leaving in my wake a little heap of refined sugar. But so long as I was out on the town and footloose, it was Candy Land. And I loved candy.

My mother was a fine seamstress and an actress; you would have thought my brother Peter and my costumes would have been spectacular. But, just as I, a competent seamstress, loathe hemming or mending things for other people (boring!), so my mother wasn’t overly keen on constructing elaborate Halloween costumes. Left over from some random children’s theatre production was a wizard’s black peaked hat, appliqued with silver stars and crescent moons, and a cocker spaniel costume – basically a black skullcap held in place by a chin strap to which  floppy ears made of Persian wool were appended. The origins of the cocker spaniel costume were obscure. We had a black cocker spaniel– Ughy – the costume was black and Mother had at some point and for some reason sewn it … from which I can only deduce that the costume referred to the dog. Beyond that, I cannot say.

The upshot of all this was that one year I was a wizard and Peter was a cocker spaniel and the next year Peter was a wizard and I was a cocker spaniel. We didn’t seem to invest in our costumes as much as children do today; it was not important to my sense of self-worth that I be the right kind of fairy princess or to Peter’s that he be his favorite super hero. Really, when it came right down to it, it was all about the candy.

When my daughter Sabrina was born, I decided that, unlike my mother, I was going to go the extra mile when it came to Halloween costumes. Accordingly, by the time she was two and ambulant, I was in full Halloween mode. In September I took her to a fabric store and showed her patterns for Halloween costumes.

Sabrina as a very sick Kermit the Frog

“Kermit the Frog,” she replied.

Now, let me tell you, I have sewn some pretty complicated things in my life, but nothing . . . NOTHING . . . as hard as that damn Kermit the Frog costume. Good Lord! The huge stuffed head alone took me weeks to construct.

Then, on Halloween Day, Sabrina got the flu.

I made her go out anyway.

Well, to one or two houses until, shamed by her plaintive whimpers, I packed the poor thing up, took her home and put her to bed. That’s when I decided that my mother was right and it was not a great idea for mothers to get too invested in their kid’s Halloween costumes.  Also it meant that I would never again have to construct a stuffed head. From that point on, my kids were on their own when it came to Halloween, which meant they were ghosts or hobos (a quaint notion in today’s world) or something that required a great deal of time for them to explain to those grown ups who leaned in and gamely asked, “And what might you be?” 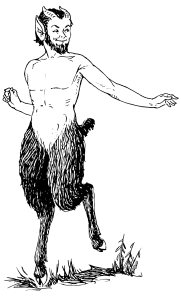 Lately photos of people in their Halloween costumes have been appearing on Facebook; it happens every year. My husband believes that this constitutes a trend, that, in time,  instead of Halloween parties, people will just post selfies of themselves in a costume and sit at home in the dark, eating the candy they pretended to buy for Trick or Treaters while watching videos of adorably costumed cats and dogs on YouTube. Virtual Halloween, if you will.

As for me, I’m not a big fan of dressing up. In the first place, I no longer rock a sexy nurse costume. In the second place, costumes can have consequences. The last time I donned a costume for Halloween was  in 1976 — my first date with my ex. I wore a blue velvet 1930’s style gown and purported myself to be “Blue Roses” from Tennessee Williams’ Glass Menagerie (admittedly, it was a stretch). My ex, on the other hand, came exquisitely decked out as a faun in a costume he had himself created.

I don’t know what I was thinking, but I can tell you one thing. It sure wasn’t straight.