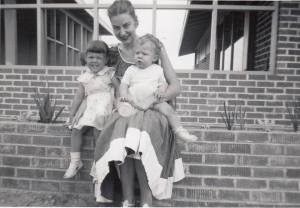 Me, Mom and Peter

My mother took a dim view of people who, in her words, “enjoyed ill health,” which meant that, any time I sought to be absent from school due to illness, she would ask me two questions:

2) “Are you projectile vomiting?”

If the answer to both these two questions was, “No,” then, as far as my mother was concerned, I was good to go. For some reason diarrhea did not make the cut of maladies deemed note-worthy, presumably because diarrhea, though loathsome, tends to take place in bathrooms, whereas vomiting is more likely to be spontaneous, resulting in messes mothers would be expected to clean up.  (When it came to vomit, Mom greatly preferred dogs to children, since dogs, given a sufficient interlude, are inclined to return to their vomit, with generally happy results.) 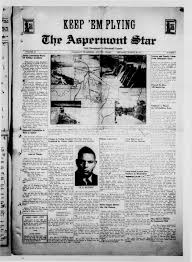 The No Fever/No Vomit/No Note rule did not apply to my brother Peter, whom my mother deemed ‘puny,’ by which she meant not ‘small’ so much as ‘sickly.’ You will not find this meaning of the word ‘puny’ in your dictionary; I checked. It appears to derive entirely from The Puny List, which appeared in the weekly newspaper of Aspermont, the widening in the road with a post office that was my grandfather Zant’s West Texas hometown. This column assiduously listed all those people in the newspaper’s catchment area who were “feeling puny,” i.e., suffering from maladies ranging from mysterious female trouble to shingles, whose put-upon families might benefit from the quiet conveyance of a covered dish or pie.  Because Peter was disposed to chronic respiratory infections, he was “puny.” As was established in my last blog post – Pretty Feet — I was “chunky,”and thereby better evolutionarily equipped to fend off germs.

I did not get sick often but, when I did, I made sure to pull out all the stops, for example, when I managed to extend a bout of the three day measles into two weeks by cunningly getting them not on the outside of my body, but on the lining of my stomach. My piece de resistance, however, my crowning triumph, was the contraction, at age 30, of Guillain-Barré Syndrome – a catastrophic disorder in which the body’s immune system attacks part of the peripheral nervous system, resulting, in extreme cases, in complete paralysis.  Mine was an extreme case:  at its nadir, I could blink and that was about it. I may not have had a fever and I certainly was not vomiting, but, boy, was I sick. I did recover, except for the occasional tick, twitch and tremor, but only after a lengthy stint in the ICU, followed by weeks on the Neurological Ward, followed by a month in Rehab where I had to learn to walk again.  It’s like I always say: go big or go home.

The only photo you’ll ever see of me in short shorts. Post GBS I weighed in at 99 pounds.  Here my daughter Sabrina and I enjoy one of the only guilt free ice cream treats of our lives.

As I have with so much else that was my mother’s, I have internalized her suspicion that, when I claim to be sick, I am, in fact, malingering.  Unless I am running a fever or vomiting (or, post GBS, paralyzed), I find it exceedingly hard to tell whether I am actually sick or just trying to put one over on myself. This leads to me soldiering on in ways that are inimical to public health and probably, on occasion, detrimental to my own.  My yoga teachers are always exhorting me to listen to my body, but I find it very difficult to hear the poor old thing over the accusatory remonstrations of my super ego.  Because I know deep down, just as Mom always did, that I am a shirker by disposition, that I will go to great lengths to get out of practically everything, and that, when it comes right down to it, there’s every chance that I’m just faking it.